After many years of work, the documentary DETERMINED is complete!

The  independent film, featuring WRAP participants and researchers, will premiere at the DOCUTAH Film Festival November 2 -7, 2020, in George, Utah. 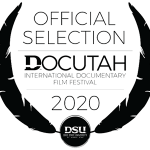 One of the film producer’s, Therese Barry-Tanner, has been a participant in the WRAP study for more than fifteen years. Barry-Tanner served as a caregiver to her mother as she battled Alzheimer’s disease. The documentary began as Therese’s idea in 2011, and she said she hopes that DETERMINED will bring the audience through the difficult decisions faced when a loved one lives with or dies from Alzheimer’s disease. She also hopes the film will share the experience of being a research volunteer participant, and offer an inside look at the people who are working to find a cure.

Please note: DETERMINED was previously titled Will I Be Next.